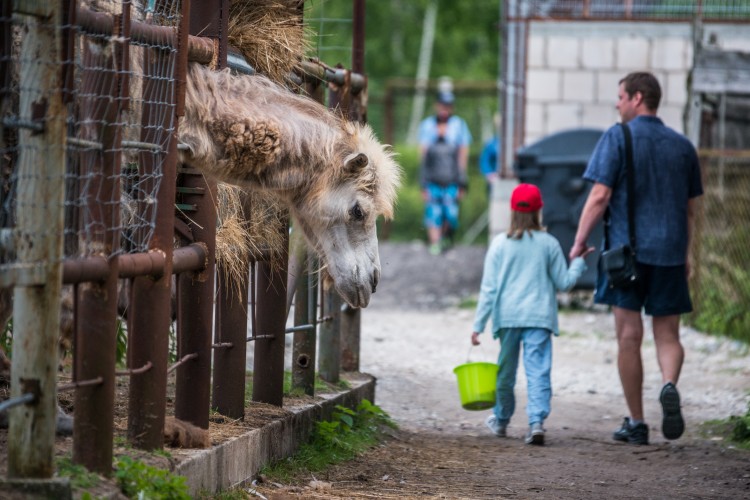 This past weekend, Rep. Alexandria Ocasio-Cortez (AOC) tweeted a video of herself at an aquarium playing around with a penguin. At first glance, the video is really cute. AOC is running back and forth, and on the other side of the glass the penguin follows her.

Now, I have no idea what AOC personally thinks about zoos and aquariums, but ever since I became an animal rights activist, I’ve come to learn that they’re pretty miserable places. So, I tweeted at her that I was big fan (because I am) but that wild animals belong in the wild – and that zoos and aquariums are actually very sad. Well, you should’ve seen the responses I got to that tweet. People lost their damned minds. Liberals and progressives – who I’m certain I agree with on almost every damn issue – came for me like I was some right-wing troll. It was bananas.

Sadly, this is not the first time I’ve gotten into a row with my left-leaning cohorts on issues facing animals. Don’t get me wrong, liberals are wonderful when it comes to the plight of dogs and cats – and even beloved wild animals like elephants and rhinos. But challenge them on the zoo they take their kids to or, even worse, the bacon on their plate, and things often get very nasty.

This is something I’ve grappled with over the years: Why are so many progressives horrible when it comes to some of the most pressing issues facing animals today? Why the hostility when facts are brought to their attention? These are rational people who fight oppression and value fairness. Why does it seem like all that just goes out the window when this subject is brought up?

I think the answer lies somewhere between the normalization of animal exploitation in our culture and, quite frankly, good old-fashioned selfishness.

The truth is that actions like eating meat or wearing leather or even going to the zoo are so normalized in our world, people are never really challenged with the obvious fact that these things depend on animal cruelty to exist. Of course we are told— and we tell ourselves— all sorts of stories to rationalize these things. And if anyone ever breaks ranks with society and points the cruelty out, we have those stories to immediately defend ourselves.

Think about it. How many times have you heard someone say: “Oh, I only eat meat from animals who have been killed humanely.” As if there’s any humane way to kill someone who doesn’t want to die in the first place.

Or what about this one: “Zoos are educational and help kids appreciate animals.” Do they? Or do they actually teach kids that it’s OK to subjugate animals – to steal them away from their homes and their families and imprison them in captivity. Let’s be real, if zoos actually taught compassion towards animals, would humanity have killed off an average of half of all wildlife populations in the last 40 years?

Perhaps we regurgitate these excuses because we’d rather lie to ourselves than have to change. And not just change any old habit, but actually give up things that bring us joy and pleasure. This is where the selfish part comes in.

Because if you’re actually going to take a stand against animal exploitation, this means you have to make changes in your life. You can no longer eat meat, dairy, and eggs; you have to stop wearing fur and leather; and you’re certainly not going to be taking your kids to the zoo or, heaven forbid, SeaWorld.

And people really like these things. They’re family traditions and things we did with our parents and grandparents and fuck it, everyone else is doing it, so why can’t I? It’s so much easier to just buy into the excuses and keep doing what you’re doing. Isn’t life hard enough?

I’m not saying this to sound righteous or judgmental. I’m saying this because all of us have been there. We’re human, we’ve all made excuses.

But when it comes to the issue of animal exploitation and animal cruelty, the vast majority of people, especially liberals and progressives in the first world, could do so much better. And honestly, we must.

In the last week, we’ve all seen the images coming from the Amazon – where an area of land equivalent to one and a half soccer fields is being destroyed every minute of every day by fires. This is not some natural phenomenon, it’s because of our appetites. The World Bank estimates that 91 percent of all rainforest deforestation, including controlled burning, is for beef production. Beef and dairy have also been named as two of the chief contributors to greenhouse gas emissions.

But my heart goes back to the animals themselves; these sentient and sensitive creatures with whom we share this planet. We imprison them, maim them, hunt them, separate them from their families, and we kill them. Not because we have to, but because we want to.

Now that science has unequivocally shown that animals are much more like us than we ever thought before; that they experience pain and suffering and have rich emotional lives, isn’t it time we stop hurting them? Doesn’t that sound like the right thing to do?

They say change is hard, but it’s also inevitable. So, if you’re a liberal or a progressive and you find yourself having a knee-jerk reaction to this, that’s fine. But before you start laying out all the reasons why I suck, I’d like to challenge you to stay with that uncomfortable feeling just a little bit longer. Do you really think how we currently treat animals is OK? If not, why are you OK going along with it?