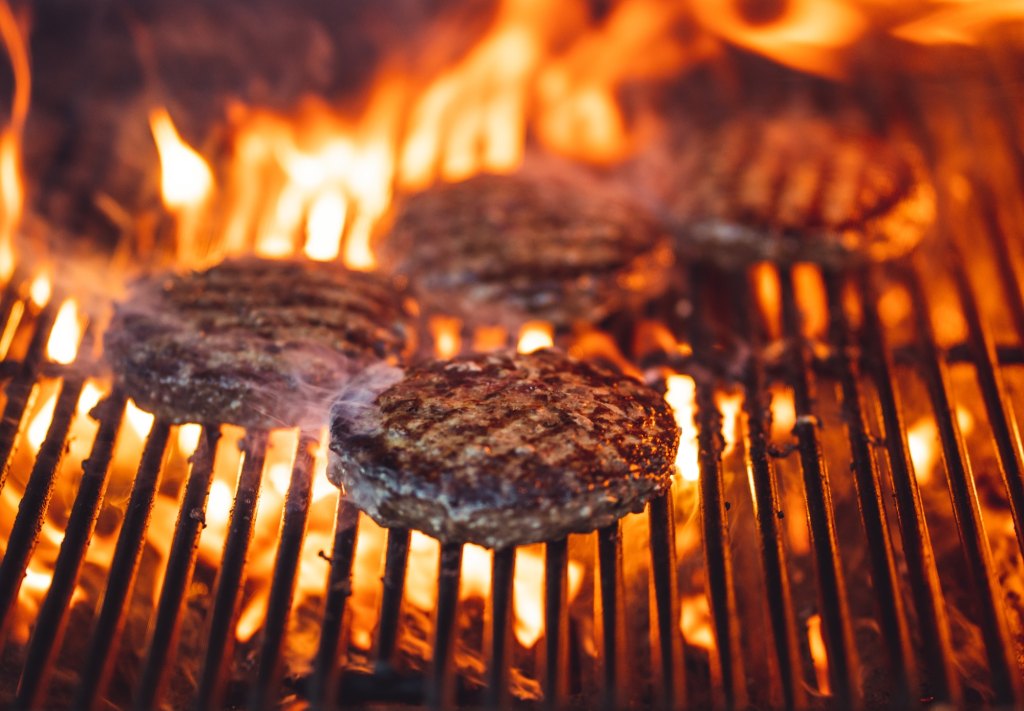 1. It’s not just cows who are killed for your burger.

You may already know that the current fires in the Amazon – which are largely manmade for beef production – are killing millions of animals native to the rainforest. But did you also know that right here in the US, Wildlife Services, an agency within the Department of Agriculture, kills an estimated 2 million wild animals each year for the livestock industry? It is estimated that tens of thousands of coyotes, foxes, and bears, in addition to countless smaller animals, are ruthlessly killed with inhumane traps, exploding poison caps, and gunfire from people in helicopters.

Because of the way ground beef is processed, one hamburger can contain meat from 100 cows or more. McDonald’s even admits this on their website.

3. Your burger may contain fecal matter.

Yes, you read that right. Back in April, a group of 12,000 doctors sent a petition to the USDA demanding that it warn consumers that meat sold in grocery stores could contain fecal matter. One study conducted by Consumer Reports tested more than 250 samples of ground turkey; it found more than half were contaminated with fecal matter.

4. A lot of hamburger meat comes from slaughtered dairy cows.

After about four of five years of being impregnated over and over again so that farmers can steal her milk, a dairy cow’s body becomes “spent.” At this point, she is no longer useful to milk producers so she sent to slaughter. Each year, millions of dairy cows will be eaten as hamburger.

5. It takes 660 gallons of water to make just one quarter-pound burger.

Beef production is incredibly wasteful when it comes to water usage. It is estimated that it takes 660 gallons of water to produce just one quarter-pound burger. That’s enough water for six months’ worth of showers! A Beyond Burger, by contrast, requires 99% less water — just seven gallons.

6. Grass-fed beef is not better for the environment.

The story that grass-fed beef is some panacea for the environment is pure fiction. In fact, some scientists believe that grass-fed cows actually produce more methane than those raised in feedlots. Methane is a potent greenhouse gas that’s 30 times more powerful than carbon dioxide.

7. 91% of Amazon deforestation is for cattle ranching.

By now, the world is beginning to wake up to the fact that the Amazon is being burned primarily for beef production. The World Bank estimates that a whopping 91 percent of all Amazon deforestation is actually due to cattle ranching or raising of mono-crops for feed.

8. It takes 12 pounds of grain or more to produce just one pound of beef.

Depending on what they’re being fed, it can take 12 pounds of grain/soy to produce just one pound of beef. With nearly a billion people in the world going chronically hungry every day, this is unconscionable.

9. The USDA says “pink slime” can be labeled as ground beef.

Some of us will remember the pink slime scandal from 2012. Well, pink slime is back! Last year, the USDA decided that this mix of beef trimmings and ammonium hydroxide could be classified as ground beef. You’ve been warned.