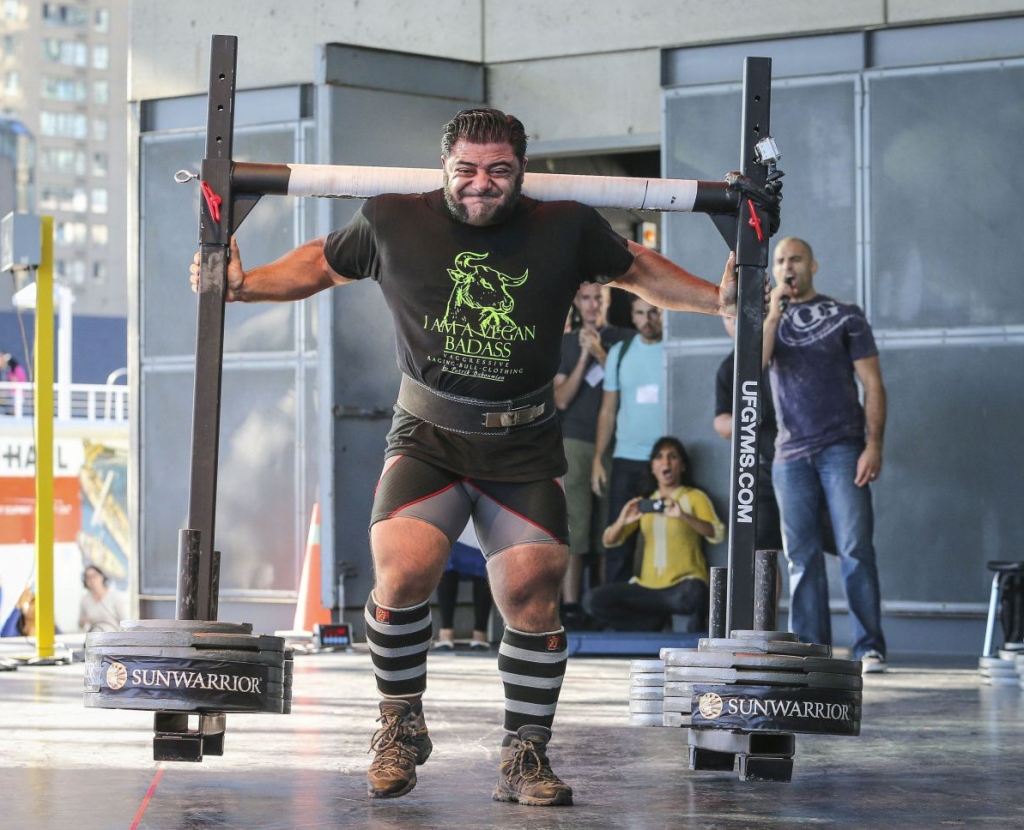 The much-hyped documentary, The Game Changers, was finally released today on iTunes and other streaming platforms and I decided to take the morning and watch it.

I have to say I did not have high expectations for this film simply because I did not feel like I was the target audience. Not that I thought the film would be bad, just that it wouldn’t hold my interest. I was very wrong.

I first heard about The Game Changers over a year ago when it screened at the Sundance Film Festival. Apparently, audiences were so moved by the doc there were standing ovations. Now I understand why.

The Game Changers, directed by Louis Psihoyos (The Cove, Racing Extinction), mainly follows UFC star James Wilkes as he recovers from double knee injuries. Desperately trying to get back in shape as quickly as possible, Wilkes dives headfirst into research to find any tips he can that might help. It’s then that he comes across a study done on the remains of Roman gladiators. To Wilkes’ astonishment, these men – who were considered the world’s best athletes at the time – consumed a vegetarian diet to not only build muscle but to help them recover from injuries faster.

From there, Wilkes sets out on a journey meeting with Olympians, strong men, tri-athletes, ultra-marathoners, even Arnold Schwarzenegger, and learns it’s not just gladiators who ate a plant-based diet more than two thousand years ago, it’s also some of today’s most successful, record-breaking athletes.

Wilkes also sits down with a host of doctors and reviews years of data and research that all point to the same conclusion: a plant-based diet is just better for human health.

At one point, Dr. Robert Vogel, co-chair of the NFL subcommittee on cardiovascular health, takes blood from three football players two hours after eating burritos. Two are fed burritos that contain animal protein (grass-fed beef and organic chicken, respectively) and one is fed a burrito with black beans. After the blood samples are sent through a centrifuge, the plasma in the blood of players who ate meat is cloudy. This correlates to fat. The plasma from the player who ate the plant-based meal is clear. Dr. Vogel says this is directly connected to how much a human’s endothelium will dilate, allowing for proper blood flow and quicker recovery. Cloudy plasma means less blood flow and a slower recovery – among other problems.

In another scene, three college athletes visit a urologist who hooks them up to a contraption that measures erections during sleep. The three compare results after being fed animal protein for dinner versus plant-based. The findings are staggering. Not only do all three experience firmer erections, but they occur more frequently. For years, vegan activists have been saying that meat affects male virility – here’s the proof. This is sure to raise a few eyebrows… among other things.

While I wish the film had touched on the ethics of eating animal products, there thankfully is a healthy discussion on the environmental harm caused by producing them. But that doesn’t mean the film is without its emotional moments. I was genuinely moved when Dotsie Bausch medals at the Olympics, the oldest woman in her sport to ever do so; and when Scott Jurek sets a record for hiking the Appalachian Trail, more than 2,000 miles, in just 46 days.

But perhaps the most affecting moment comes when Patrik Baboumian, the world’s strongest man, reveals that he endeavored to become so after his dad and sister were killed in a car accident. He wanted to be a superhero so he could save people in the future. He then demonstrates his strength by lifting an automobile and flipping it over. Baboumian’s superhuman strength may be fueled by plants, but his spirit reminds us of what it means to truly live life to its fullest potential.