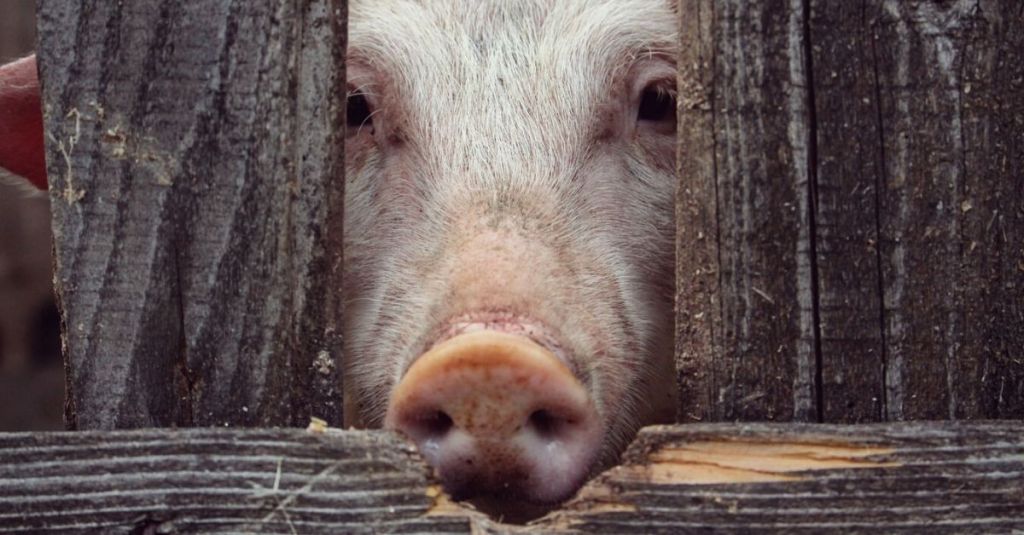 Last year, a documentary film I saw in the spring stayed with me the whole year. It was called The Inventor, and it chronicled the spectacular rise and fall of the Silicon Valley startup Theranos, whose incredible claims of a technological marvel in blood testing had been embraced as a game-changing panacea, but turned out to be entirely illusory.

In the story of Theranos, particularly in the wide uncritical embrace of ideas that from the start sounded too good to be true, is a stark lesson for the animal rights movement.

Because something similar has happened with us.

Only, in our movement, it is not claims of new technology that’ve been uncritically embraced. It’s an idea called “effective altruism,” and it’s now become the primary focus of many— if not most—mainstream animal rights organizations. And I believe this focus is failing both the movement and most tragically, the animals.

A lot of money is being given to various groups to pursue this philosophy. And they do it primarily by focusing on campaigns that call on corporations to improve the lives of animals they use and slaughter for food, rather than working to end animal agriculture altogether.

Beyond the fundamental questions of continued animal suffering and exploitation, this singular shift in focus is highly questionable since the very fate of human civilization and entire ecosystems are on the line due to animal agriculture’s enormous impact on the building climate crisis and planetary overheating.

But are we even doing any good with these campaigns? What are we really getting?

It seems that the moment a food corporation announces that yes, they will work on making changes for animals, organizations send out social media blasts declaring victory and moving on to the next battle, the next corporate target.

But what did we leave behind? What did we actually win?

What we “won” were promises. Sometimes, not even that— just statements of some changes being looked at for some vague future date. Don’t believe that’s true? Go through the most recent reported corporate victories and look for these details:

-What are the concrete changes promised?

-What’s the tangible timeline for implementation?

-Are the changes legally binding?

-Is there an agreement with the organization to verify compliance?

-What are the penalties for violations?

-Who is following up, how, when, and how often? Anyone? Are they allowed to?

If the answers to just one of those is “I don’t know,” then what have we actually won?

Look at what happens with the animal agriculture industry even when actual laws are passed: When California’s foie gras ban went into effect, and when Prop 12 was approved by voters, the industry, instead of making changes, sued to try to overturn the laws.

If that’s what the industry does with laws, what do you think they’re doing with their nebulous promises to animal rights activists?

Even in the rare cases where there have been actual agreements for promised changes, the reality falls short. In 2013, following an undercover investigation into one of its dairy suppliers, Nestlé, the world’s largest food company, agreed to completely rewrite its animal welfare policies in every country in which it operated, and in an unprecedented step even agreed to independent monitoring.

The reality? An investigation by Compassion Over Killing at a Pennsylvania dairy in 2019 exposed horrific animal abuse continuing inside the Nestlé supply chain. What was originally celebrated as a historic victory for animals turned out to be hollow.

I believe the root cause of why many organizations today are satisfied with illusory promises of change, and keep promoting them as victories, is donor dollars. Proponents of effective altruism are among the movement’s most crucial and wealthy donors today. These handful of people are now effectively dictating their ideas of how to make change as policy to organizations they’re supposed to support.

These people aren’t experts in how social change happens. They have no record to prove these ideas work. But they’re rich.

Movement leaders who once firmly called for and worked toward ending animal agriculture have softened their language to appease them. Going vegan is no longer an ethical imperative. Disappeared is language pointing out there’s no such thing as humane meat or no such thing as a meat-eating environmentalist. Instead, seduced by money, some movement leaders seem to have become more collaborative partners with the animal exploitation industry, rather than its opponents.

In the case of Mercy For Animals, that is literally true. The organization’s President, Leah Garcés, proudly serves on the “Dairy Advisory Council” of Ben & Jerry’s even as the ice cream giant is being sued for misleading consumers with claims of “caring” treatment of cows in its supply chain. Other former activists are promoting blending meat with plants as a solution to helping animals. I don’t know what that is, but, to me, it’s certainly not animal rights activism. You’re literally promoting the consumption of meat, and from factory farms to boot.

And what about the wider ethics of these effective altruist funders? When the animal rights movement was rocked to its core by a #MeToo reckoning, several prominent men who also happened to be some of the coziest with effective altruists were forced to step down. Where are they now? Still quietly being funded.

Consider again what unfolded with Theranos: The public promotion of people without any real qualifications in a field as visionary leaders. The eager, uncritical embrace of great-sounding claims without any actual data to back them up. The bullying, silencing, and ridicule of dissenters.

Well, I proudly dissent. I say that when a claim of victory for animals comes without tangible, enforceable agreements, timelines or penalties, that isn’t winning. It’s capitulation. It’s surrender. It’s the kind of “activism” dreamed of not by the animals, but by the industry that exploits them.

As the new decade spans before us, it’s time we as a movement recommit ourselves to our values and for making real change for animals; working toward a future where industrial animal agriculture is a thing of the past. The animals can’t afford to wait. And neither can people. The very future is at stake.